Verifier to keep many points while checking the aadhar holder's application while them. here are some guidelines that UIDAI have provided to aadhar verifier. 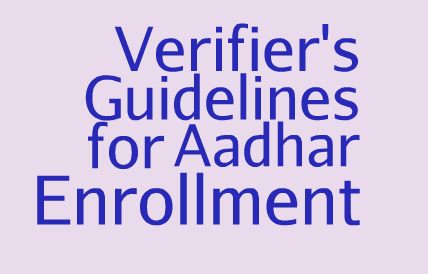 UIDAI Guidelines For Verifier for documents

So, these are some of the Basic Guidelines to keep in mind for verifier while documents of aadhar holders. If you have any suggestions then kindly give us and we will add in this post.

« Who is Introducer in UIDAI Process? - D… Who is Verifier in Aadhar Enrollment Sy… »
Profile

Login to quote this blog

You cannot quote because this article is private.